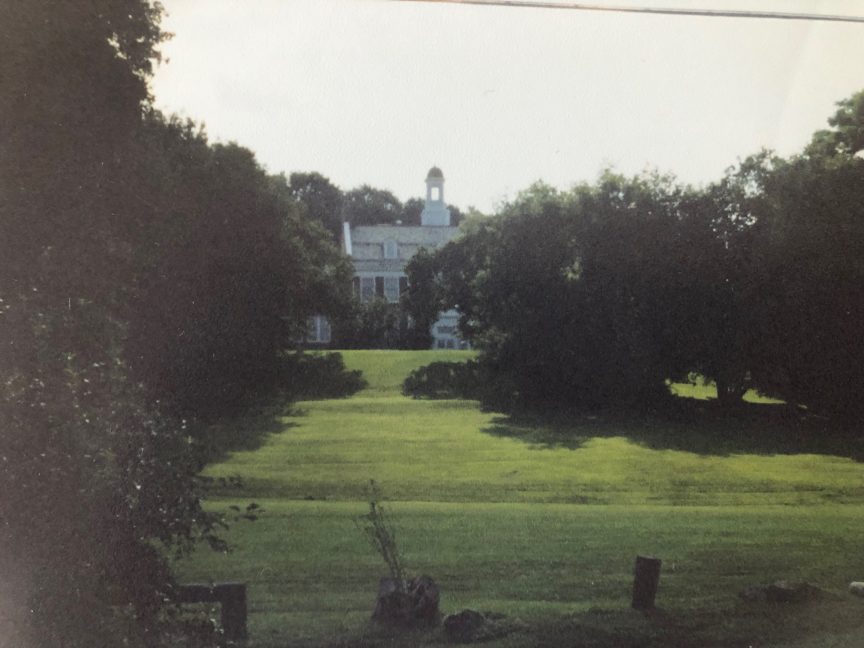 I grew up in a small town, a hamlet to be exact, named Hawthorne.  Our street was a quiet, dead-end where you recognized every car that drove by.  When you stood in our front yard, you looked across the street to a huge baseball field, whose outfield carried you up the long grassy hill to the elementary school standing tall on the top.  In our backyard, we had a small jungle gym that you could climb up to the top to pretend you were king of the jungle and also see into everyone else’s backyard.  The neighbors right behind us were Al & Cathy and some of the nicest salt of the earth people you could meet.  I used to like to climb to the top to see Al standing there, leaning against the fence, arms crossed, smoking a cigarette.  Al knew, with ninja-like precision, where to stand so he would be out of view from Cathy so she couldn’t glance out the window and catch him sneaking a smoke.  When he saw me emerge over the top of the hedgerow, he would yell out, “Hey Kid, you like mustard!?” To which I would laugh and pretend to throw up.  It never got old, and always gave Al a good chuckle.  Without fail, Cathy would start calling for him and in the blink of an eye, he would put out that butt and flick it out of sight like it never existed.  Al passed away when I was still pretty young, yet Cathy remained a true friend of the family and great neighbor up until just a couple weeks ago when she passed at the age of 95.

When I was just out of college, and trying to launch my career as a financial advisor, Cathy was kind enough to sit down with me so I could go through my spiel and at the very least, let me practice building my fluency in the language of money.  As we started to chat, I learned that Cathy was a very, very conservative saver and investor.  The kind of person who was most comfortable “having it under the mattress” where even if the lumps kept her awake, she could keep a close eye on it.  At the time, being all hopped up on my education of the stock market and all its growth potential, I tried to explain some other options on what else she could do with her money.  She listened and smiled and then sent me on my way with a slice of humble pie and a handful of chocolate chip cookies.

I have thought back on that meeting so very often and the lesson I learned that day about keeping your money “at arm’s length.”   I have gone on to use this idea of the distance between you and your money as a solid teaching topic and decision-making tool. I believe that many investments can do better than hiding cash in your walls, yet there is also a prudent boundary you may not want to let your money venture past.  Some investments, especially the more complicated ones, advertise and lure people in with the expectation of outsized investment returns.  Who knows, maybe they will perform, but at the very least you have to be comfortable with your hard-earned dollars being extremely far away. Let’s call it seven arm lengths, and so far away that you might not even know what you actually end up owning!  If you want my opinion on these so-called opportunities, I feel the same way about them as I used to feel about mustard.